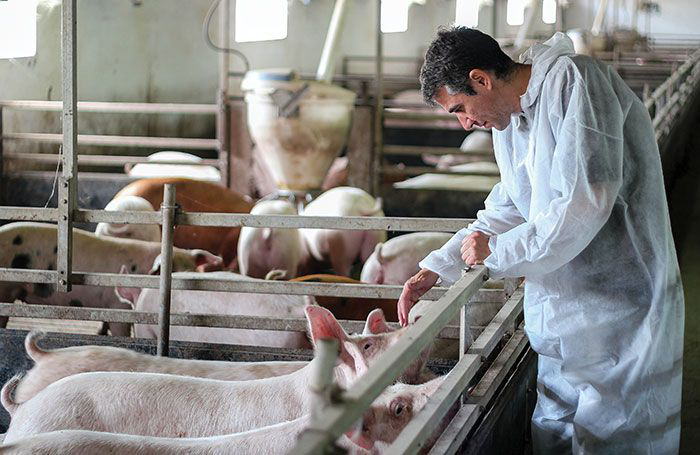 Poor biosecurity practices, not disease virulence, are to blame for size of Chinese outbreak, scientists say.

Researchers long suspected that if African swine fever (ASF) reached China, the world would face an outbreak the likes of which it had never seen before.

Despite the headlines, ASF isn’t a particularly contagious disease. Yes, it’s capable of surviving outside a host much longer than most viruses — giving it an ability to remain virulent even after traveling long distances. But on the whole, it doesn’t spread nearly as quickly as other animal diseases such as avian influenza, and small outbreaks have occurred in Africa and across Europe throughout history.

“We had actually predicted in 2017 that China’s high pig density represented a high risk for a major ASF outbreak to occur,” said Dirk Pfeiffer who, alongside his colleagues, outlined the risk for an outbreak of ASF in China and Vietnam in the journal Veterinary Record. “It was just a matter of time.”

Unlike influenza, ASF is not airborne and doesn’t spread particularly easily — infected pigs don’t become contagious for a week, sometimes longer, after they’ve begun to show symptoms. But A